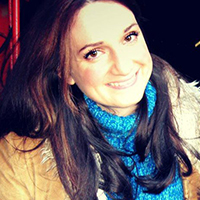 If you think otherwise, then get on your knees right now and thank God, because you have never experienced the true horror that is addiction. You have never suffered through mental illness. You are one of those people who happened to be born with a “normal” brain. Many times I’ve been jealous of you, but I’m not anymore. These are the cards I was dealt. I often think that God just took the stack of cards and flicked them out onto the population and is now sitting back, watching crazy situation after crazy situation unfold. God has one hell of a sense of humor.

I quit drinking two and a half years ago. I didn’t choose to become an alcoholic. An addict is born an addict. We are born with a genetic predisposition, something in our brains that doesn’t signify when enough is enough. It’s never enough. Never. It took for me to become a completely different person, and one that I didn’t like at all anymore, for me to realize I had to quit drinking. Something else happened; this power came over me and helped me make the decision. God was part of the decision.

I've never been someone of blind faith. I’m always questioning the existence of God. The intellectual part of me overpowers the intuitive part of me, and because I don’t have concrete proof of God, I don’t believe. At least, that’s how it’s been up until this point. What happened to me this week changed all that.

When I quit drinking, I felt as if God for the first time in my life was really present. I felt it. This decision to quit was bigger than I was. It was fate, combined with my decision to quit. That’s something else I’ve always had a hard time with. Is it fate or is it free will? Well, my therapist thinks it’s both. Now I believe that too. It is incredibly hard for me to not think in black and white terms. It’s all or nothing. Go big or go home. My brain is wired differently than a “normal” person’s. I am bipolar. I am an addict. This is where much of the population seems to step in and voice their opinions about addiction being a choice.

Anxiety is real. It is very real. It is biological, not a choice. I know this with every fiber of my being. Depression is real. So horribly, horrifically, terribly real. I can’t tell you how many times I’ve wanted to die. And I’m an intelligent person with a lot going for me – everything going for me. Please tell me why I’d choose to feel suicidal. The answer is that I don’t. And for people to minimize depression, to scoff at it, to trivialize the very real thoughts I’ve had about wanting to kill myself because nothing is good. I don’t care how everything appears to people on the outside; depression is biological. I love my children more than anything. I love Andy. I love my parents. Yet, when I’m depressed, that doesn’t matter. All that matters is the here and now, and it is horrible. There is no future in depression. The only thing I can ask you to do is to take my word for it. Trust me, Philip Seymour Hoffman did not choose to die. He did not choose his mental state. He did not choose to be an addict. I am no different than he is. Addicts crave a high. Once the high is achieved, the brain is automatically chasing the next level of high. It’s like an elevator that’s rising to the top but stops on every floor. And suddenly is going by itself; no one is pushing the buttons. One beer used to get me tipsy. That wasn’t enough anymore. I needed that next level of high. Two beers was a little better, but nothing like the euphoria of three beers. Of four. Of five. It’s never enough. Never.

I found God again this week. I was telling my therapist yesterday, that all this time, the past few months, I’ve been wondering, “Where is God?” The answer is that God’s always been here. The question’s become where was I? I know this because I felt God’s arm around me this week in a way that I’ve never experienced. True, I had a life-changing experience when I quit drinking. I found God. As my therapist said, though, as human beings we grow and then we regress. It’s normal. We take a few steps forward then take a few steps back. It’s life. Well, I had regressed and didn’t seem to be going forward again. I was frustrated and lost. I lost God. In the back of my mind, I knew this. It just took a dramatic experience for it to really sink in for me.

While I gave up alcohol, I still smoked, and I took Ativan for anxiety. It calmed my nerves. It was something I could still do to achieve pleasure. Except then I discovered the electronic cigarette. You see, in the past when I thought I was addicted to smoking, I was wrong. I really didn’t smoke much at all. With this new invention, however, I could do it anywhere. All day.

I’ve been in a cloud the past several months. I was feeling better mentally, so I stopped taking my mood stabilizers. This happens often with bipolar people. Even thinking about it now sounds stupid, but when you’re high, you don’t remember what it’s like to be low. When you’re low, you think you’ll never be happy again. Take my word for it. So since I was feeling better (and I’ve done this numerous times), I thought I didn’t need that medication anymore. The thing is that I was feeling better because I was taking the pills. In order to continue to feel good, I had to keep taking my medication. When you’re manic, that makes no sense. At all. You often feel great, so you think you’re fine. You’re not.

I noticed my highs and lows were cycling much more rapidly than they usually did. It didn’t occur to me that the absence of a mood stabilizer was responsible for this. After all, I was fine. I went off the meds because I was fine. Sometimes, it takes getting down to the lowest low to think otherwise.

I’d been in a fog. No inspiration to write. Nothing. I thought maybe by ingesting as much caffeine and nicotine as possible, I’d push myself into a nice manic mood and feel inspired to write. I did become manic, but it was not a good manic. Think of the best you’ve ever felt. Multiply it by one hundred. That’s mania. Except lately, my mania wasn’t euphoric this time. It was agitation and restlessness. It was extreme discomfort. Thoughts darting in and out of my mind at lightning speed, and there's nothing I could do to turn them off or shut them out. Picture how in movies or TV shows when they speed the cameras up so fast that you see traffic moving at lightning fast speed, flashes of colors and lights. That’s a manic brain. Burning, burning, burning, and nothing can stop it.

My therapist said it was a perfect storm for me to have the major panic attack I ended up having Thursday morning. I slept Monday night. I did not sleep Tuesday night or Wednesday night. I’d been awake for days. I’d also unknowingly been sucking down nicotine around the clock. I say unknowingly because it really was. It was like breathing at that point. I didn’t even notice it. I was constantly switching from whichever cig I was vaping on to the one that was charging, because I was using it to the point that it needed to be charged every few minutes. I was manically sucking on this thing. With every breath I took. For about two days straight. I had also been taking Ativan every day, three a day. But then three didn’t cut it. I was up to five a day. (Most people are prescribed one a day.)

Ativan is classified as a benzodiazepine. Benzos are extremely addictive, incredibly hard to come off of, and easy to build up a tolerance for, which is what I’d done. In the back of my mind, I’ve known since I quit drinking that I probably shouldn’t take them. But what did I have left? I needed something to take the edge off. But my addictive brain could no longer be satiated with the edge being taken off. I needed more and more and more pills to achieve the desired effect. Well, I ran out. Before my prescription could be refilled. This happened right around the same time I took my final puff of the electronic cigarette. I was out of cartridges. I wanted more. I didn’t have any more. It was the middle of the night, and I’d been awake for days. This was when I started having withdrawal symptoms. Symptoms that are the scariest thing I’ve ever experienced. I was shaking all over. I couldn’t stop. No part of my body was still. And it couldn’t stay still. I couldn’t lie down. I’d lie down and my legs thrashed around involuntarily. My arms were flailing. I paced around the house. And paced. And paced. And paced.

Anxiety is very real. It is biological, not a choice. I know this with every fiber of my being.

It was in the midst of this withdrawal Hell that I decided I want to live.

Sara Berelsman has a BA in English from Eastern Michigan University and an MA in literature from there as well. She has taught college level courses in the humanities at several schools over the years. Her lifelong love of writing led her back to that, as she now writes regular columns for a couple of newspapers in her area. Her short story, “Answers in an Ice Storm,” has been featured in a book which was released in June 2012, Spectral Hauntings: Anthology of the Supernatural. A few of her other short stories have won or placed in various writing contests. Besides writing, Sara enjoys playing with her two young daughters and rescue dog and spending time with her husband. She also enjoys hula hooping, bike riding, listening to P!nk, watching thunderstorms, and being sarcastic. Sara has recently started going back to school to become a chemical dependency counselor. 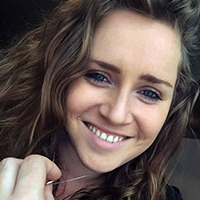 Anna Jackson
"Please don’t let anyone tell you that you don’t feel what you feel. You are the expert of your own heart."
Read Anna's Story